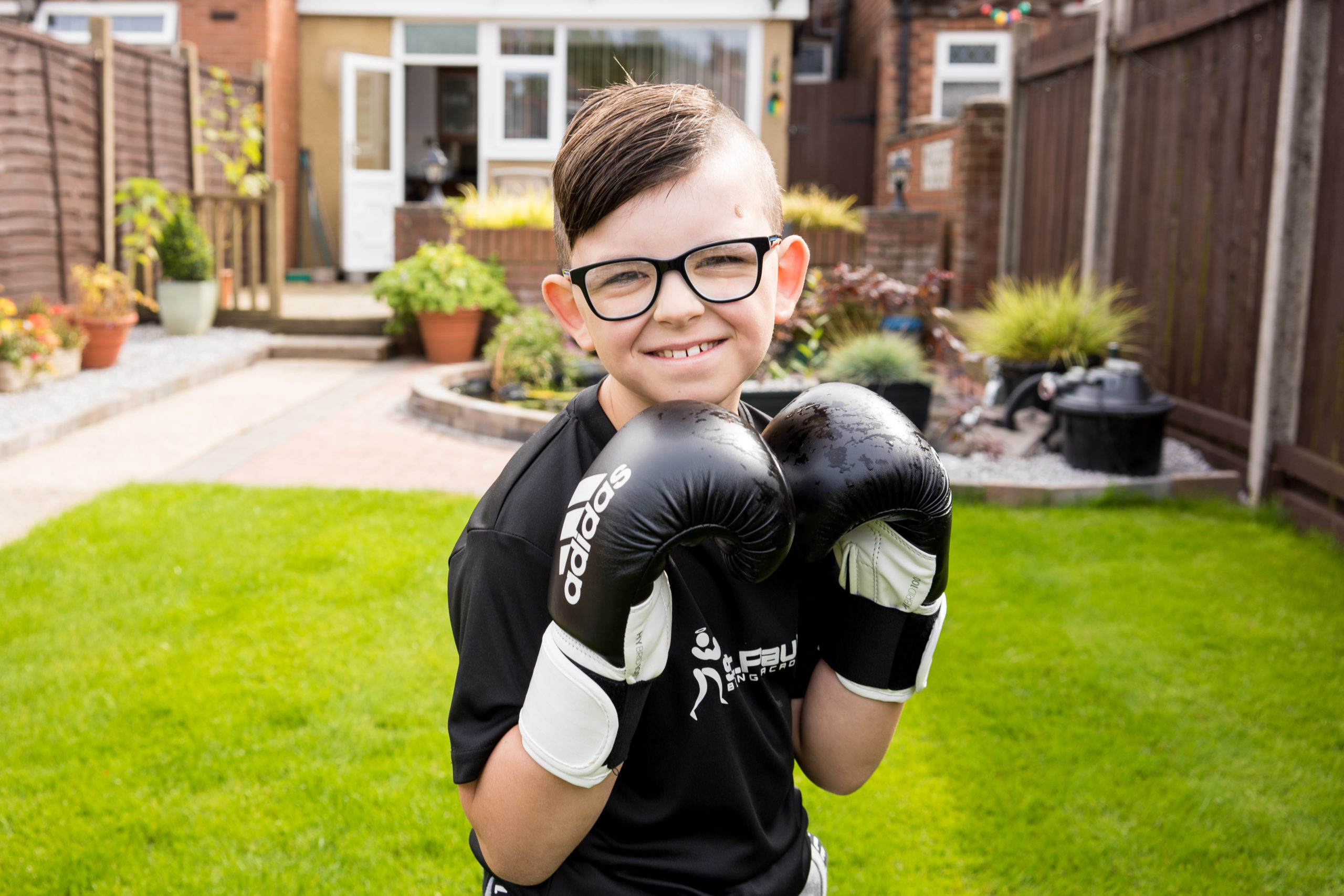 By adminSeptember 11, 2020Uncategorized
No Comments

A boxing-mad seven-year-old from Hessle has raised more than £200 to help ensure his favourite club will reopen next month.
Finleigh Lenthall raised the money for St Paul’s Boxing Academy by getting sponsored to work out every day in August.
Proud mum, Debbie Staff, 30, said Finleigh was upset when St Paul’s closed due to COVID-19, but was determined to keep up his training at home.
He also knew that his favourite club was undergoing vital refurbishment work and needed to raise more money, so really wanted to help.
Debbie said: “The fund raising was all Finleigh’s idea.
“He’s been boxing for around a year and absolutely loves it. He goes on Saturdays and Sundays. So, when the gym had to close, he was very upset.
“He said to me ‘Do you think if I keep doing my workout people will sponsor me so I can help the club?
“I told him it was worth trying.
“So, it started from there. I didn’t think he would carry it on, but he did.
“We had a target of £40 and he reached that on the first day. He worked out every single day in August and in total, raised £225.”
Finleigh’s gruelling workout consist of sit ups, push ups, star jumps, burpees, the plank, and jogging on the spot.
He started out performing 10 reps of each, but his hard work soon paid off as he his now able to perform 20 repetitions of some of the exercises.
Debbie said she was initially sceptical of allowing her son to take up boxing, but neither have looked back since attending St Paul’s.
“Boxing has really helped him,” Debbie said.
“He’s found something he enjoys which enables him expend his energy in a positive way. I’m really proud of him.”
Finleigh, who has recently moved up from the Young Guns to the Juniors at St Paul’s, said he wanted to be a boxer when he grows up and he can’t wait for the club to reopen.
“I thought if I could help raise some money the gym will open sooner,” he said.
“I love going there and I love boxing. I can’t wait to see it when all the work is finished.”
Despite his fantastic efforts, Finleigh is now looking to raise even more money for St Paul’s.
Along with his family, he is taking part in the Legacy2Future Challenge which is running throughout August and September, which will see him, Debbie, brother Caiden and stepdad Rich, walk and run 100km in 30 days.
Head coach, Mike Bromby, said Finleigh was the youngest member to raise money for the club to fund the works, adding he is an inspiration.
He said: “For a seven-year-old to raise more than £200 is amazing. Finleigh really demonstrates what St Paul’s is all about; achieving great things through focus, hard work, and determination.
“Well done Finleigh!”
St Paul’s Boxing Academy is the oldest boxing gym in Hull, dating back to 1948, and the largest boxing club outside of London.
In 1974, it moved to North Church Side, Hull city centre, where it remains to this day.
However, since that time, the gym has fallen into disrepair, until it became no longer fit for purpose.
It is currently undergoing total refurbishment at a cost of £500,000 and the club still needs to raise more than £75,000 to complete the work.
The work, which is being carried out by Hull construction company Houlton, is due to be finished in October.
To help raise funds for this vital community hub, email info@stpaulscio.co.uk, donate directly to the club’s Just Giving page at https://www.justgiving.com/stpaulsboxing or get involved in the Legacy2Future Challenge.
To find out more about it, click here https://www.stpaulsboxing.co.uk/legacy2future-challenge/. 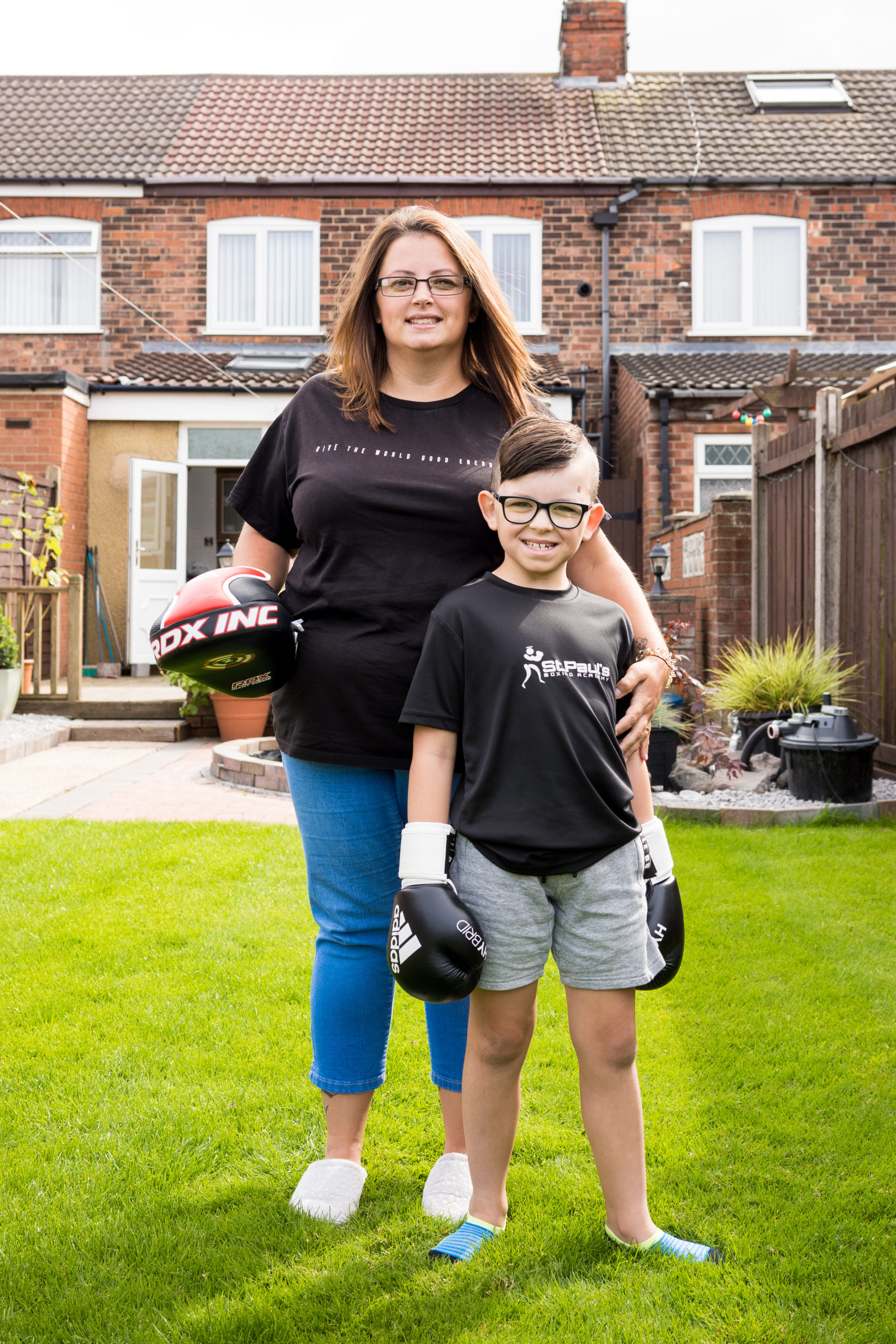