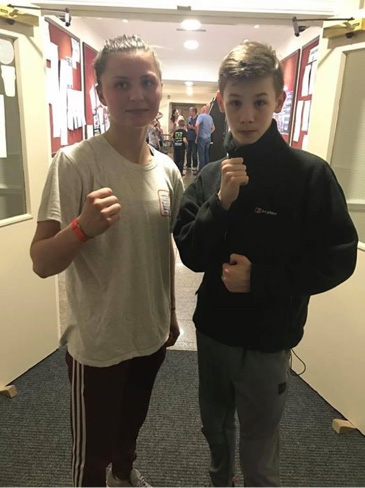 St Paul’s Talent on the Road

Two of St Paul’s Boxing Academy stars were in Worksop tonight with Paul Kershaw in their corner and offering lots of support and advice. Both India Wilkinson and Ciaran Turner performed excellently. After the two contests, Paul said “I thought we had 2 out of 2 tonight in WORKSOP. In my and many others opinions we thought India had done enough but didn’t get the decision and lost on a split. Unfortunately on the road this happens but great performances by both gaining experience you can’t buy! Ciaran outclassed his opponent in my opinion and was a credit to the academy”