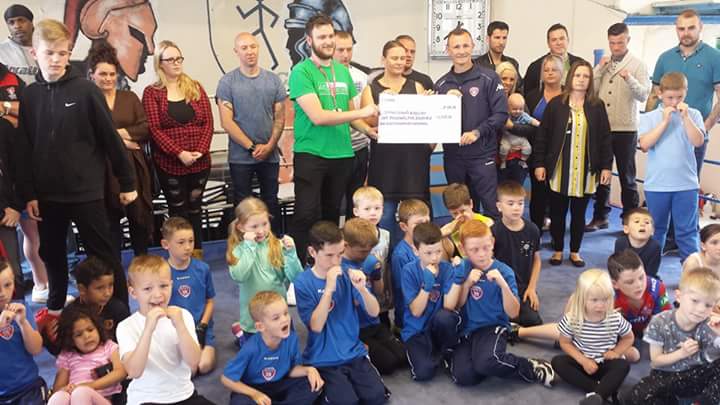 Following the very successful sponsored Humber Bridge Walk organised by Sharron Earnshaw a massive £1,537.50p was raised by the army of parents, children and coaches who took part . The hope was to raise about £1,000 for both new equipment for St. Paul’s and also Dove House Hospice, a charity close to the heart of the Academy. However the Stirling effort by all who took part took the tally well over the target. 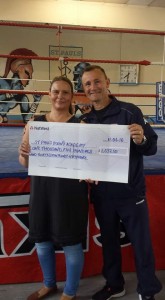 Before Sharron and Mike handed over a cheque for £170.50p to Dove House representative, Dan Clipson, Mike Bromby said “Well done to all St. Paul’s Boxing Academy members who made our fund raising venture for Dove House Hospice and St. Paul’s Academy a fantastic Success. You were brilliant and as I always say Team work triumphs!”

Sharron then handed a cheque for £1,537.50p to Mike on behalf of all the sponsored walkers who had taken part. Sharron told those who attended the event that it had been a pleasure organising and taking part in such a family event as the walk and is looking forward to seeing the new equipment being used by the Academy members.

Take a look at the photos in the Gallery kindly taken by Graham Shields.