Boxers on Tour – Poland or Bust

Boxers on Tour – Poland or Bust

A group of St Pauls Boxers and parents travelled to Poland for a weekend of international boxing and culture. They were supervised by five of our very own elite coaches, Darren Christie, Kevin Docwra, Lyndon Young, Paul Mays and Tony Riding. The tournament took place at the Kszo Ostrowiec Boxing Club.

The overseas part of the trip was organised by Aga and Karol who ensured all our boxers were well and truly looked after and entertained when they were not either preparing to fight or indeed performing in the ring.

St Pauls Boxing Academy was part of a Yorkshire Elite team that were invited to compete in this tournament.

Lynden said “All the St Pauls boxers performed superbly winning 8 out of 11 bouts. They also captured the “Top Club” trophy plus the boxer of the tournament, I couldn’t be prouder”

After the tournament the team from ST Pauls had a bit of down time and did some sightseeing in and around the City.

Mike Bromby said, “This is all part of the ST Pauls Academy philosophy of trying to give our boxers not just tournaments to go to but the opportunity to meet new people from different countries. It’s all about giving young people the opportunity to grow and mature. Each boxer has done themselves, their families and the Academy proud. They have been true ambassadors not just for us but Yorkshire as well.”

The three photos below show the venue, the boxers after the tournament wearing their medals and a celebration meal with the Polish Boxing Club hosts where everyone enjoyed a pizza night. 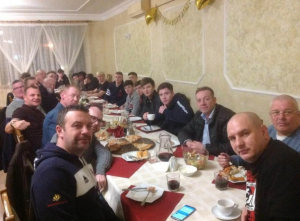 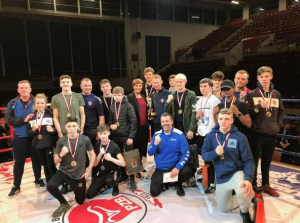